Guns, the EU and the US presidential campaign

The title does sound rather salacious doesn't it, and while I am sure some idiot will combine all of the points and turn this into some form of manifesto, but there is nothing to the list, other than a short version of "things that are really getting on my tits at the moment." To be fair it by no means exhaustive either, I don't think any of us have that kind of time, but, let's meander for a bit.

10 days to go, and man this can't be over quick enough. I haven't really heard any compelling argument from either camp. The main argument for "Leave" seems to be the illusion that we can stop johnny foreigner stealing our jobs and houses, completely overwhelming our schools and NHS, and I don't want to own a bit of Greece/Spain/Italy/Ireland; while the main argument for "Remain" seems to be the fact we are not doing so badly at the moment so lets not change because we are unpopular in the world nobody will talk to us at the party. My concern is that people will vote "leave" based on one/some/all/none of the following:


An interesting points to note though, is that johnny foreigner has always been a contributor to "Britain" even before the vikings invaded and the Angles, Saxons and Kelts all got together for a bit. Later on (after many more johnny foreigner invasions), in the 17th century foreigners helped make Britain the "Great" naval superpower it was for nearly 3 centuries. Another interesting point is that some people appear to be blaming Brussels for our government cutting spending on the NHS, forcing local education authorities to close schools and forcing up house building costs. Based on what?


If the "remain" campaign could address these points or at least acknowledge them, it would be a huge step forward. Also, if the government could stop giving itself huge pay rises and plop that money back into the economy, then that would certainly make David Cameron look less of a pig felating dick-face. Well, ok, that's a stretch, but if the people do vote to leave, Boris Johnson will also probably be Prime Minister one day.

The US presidential campaign 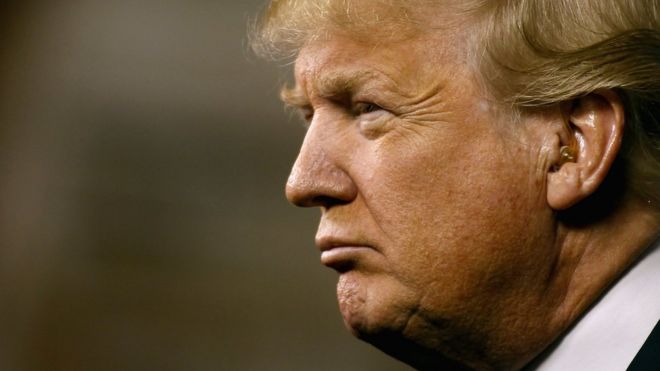 So from one funny numpty possibly running a country to another funny numpty possibly running a country. Seriously America, this is more hilarious than the first three series of "Friends" all rolled into one. On the plus side, I admire your progressiveness on the first non-white president, and now you're pushing out the non-male and non-sane boats. I appreciate I am an outsider, but I do respect the Clintons in Harlem - they have done lots of good, but it's like watching a train crash in slow motion with the Trump fella - you don't want to watch, but you can't help but sneak a peek through your fingers.

The problem here is the "Jackass" phenomenon. I'm not saying he is a jackass, he says that all by himself. The Jackass shows were hilarious when it was just a bunch of reprobates sticking bangers up their arses or pushing each other down hills in shopping carts, but then they started pranking unsuspecting people on the street and that crossed a line in my book. Trump is hilarious, there is no doubt, but he could actually, possibly, be in charge of one of the planets largest nuclear arsenals, and he wants to segregate and entire country and eliminate an entire religion... be afraid world.

Interesting points: "Trump" is an old fashioned British word for "Fart". Trump is not his real family name, it was "Americanized" from Drumpf when his granddaddy immigrated to the US.

If you have a spare 21 minutes and 53 seconds, this guy is really good to watch for the most part:


As an aside, based on my EU notes above, it's interesting to note the similarities between all the EU immigrants skipping several countries to invade a tiny little island, and that same tiny little island wanting to ally itself in a "special" relationship with a land-mass several thousand miles away which you have to skip several countries to get to. 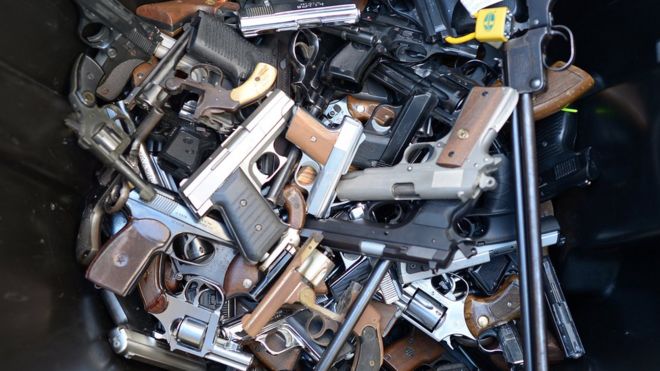 This is possibly one of my favourite topics of all time. So I will admit that I used to own guns (legally) in the UK, I was a responsible gun owner, I ensured that the weapons were safe from idiots and that people were safe from the weapons. Maybe I blame the authorities a little too much for not doing an effective job of reviewing prospective owners, tracking and managing weapon sales, or regularly and effectively re-reviewing existing owners, but banning hand guns has not stopped gun-related-violence in the UK. In fact there is more gun-crime now that it's illegal than there was when owning guns was legal.

I am not denying that guns/bullets kill people, but other things kill more people every year and we are fine with those. For example alcohol and tobacco related deaths each year generally out-do gun related deaths pretty much consistently around the world. Maybe this is acceptable because the impression is that the "victim" is the person with the choice, but what about the pedestrians and cyclists killed by drivers under the influence of alcohol or drugs. And while I'm at it, cars in general kill more people every year than guns. Obesity and heart disease kill more people in the US and UK than guns. This one I'll have to whisper... Religion has killed more people throughout history than guns ever will.

An interesting study by the University of Sydney also points out that gun suicides kill nearly twice as many Americans than gun homicides.