Ok, so I have finished all of the tweaks to the buggy and about ready to combine all of the notes into a version 2. So how does version 1 compare up to my original list of requirements? Well, it does pretty well actually.

There is a capacity problem in that the rig won't carry my heaviest gear because of a severe centre of gravity issue. The tripod head also caused some issues because of the weight being higher up, but also because the adjustment bars interfered with the power switch.

If you watch the video below, you'll notice a fair bit of "jitter" as the camera pans, this seems to be because of 2 things:


Basically I can now do 3D photography. Version 2 will simplify a few bits and hopefully fix a few things:


I would also like to thank my tireless model - Captain Morgan, without whom I probably would have gotten a lot further a lot faster, but at least the journey was fun. 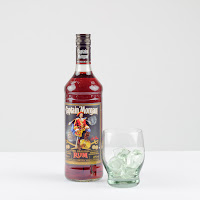 And to the movie: